Since the introduction of the horses more than 400 years ago, the Native Americans have depended on these animals for transportation, trade and personal symbol of property. Today, Native Americans continue to revere the horse as a means of transportation, hauling, rodeo competitions and as an essential part of the cattle and sheep industries. As horse use continues to become more sophisticated, it is increasingly important to produce and maintain quality horses. The dedication Native Americans have given to their horses over the centuries is a source of pride and a livelihood; and it is worth the time, energy, and financial investment to continue into the future. With proper, thorough education and practical application, this objective can be achieved with excellence.

Reservation residents are purchasing higher quality horses than in previous years. A horse can be utilized to its fullest, when the owner knows how to care for the horses’ health. Hooves and leg care are critical to good horse health. Natives are now bringing better quality horses to the reservation, and this education helps them keep the horses healthy for a longer period of time. Horses need not linger, die or fail to meet the expectations of the owner (livestock owner, rodeo competitor, or personal horse owner). These horses should not be counted among the casualties of ignorance. 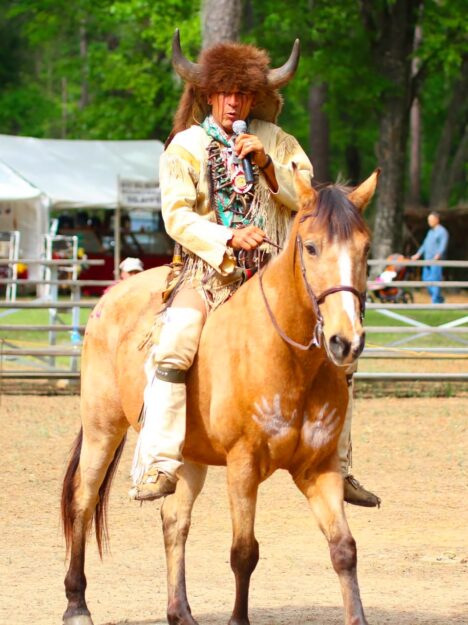 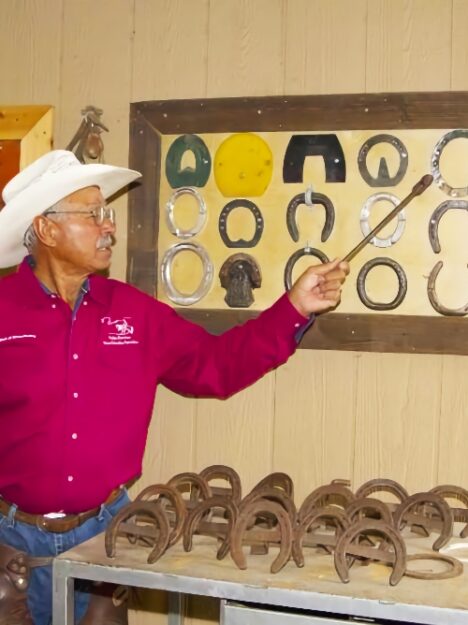 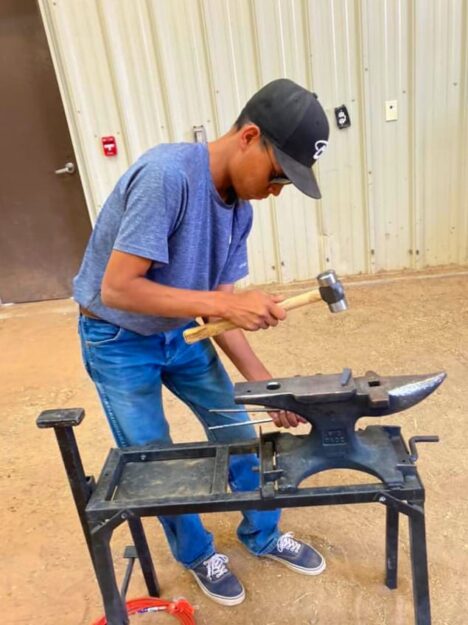 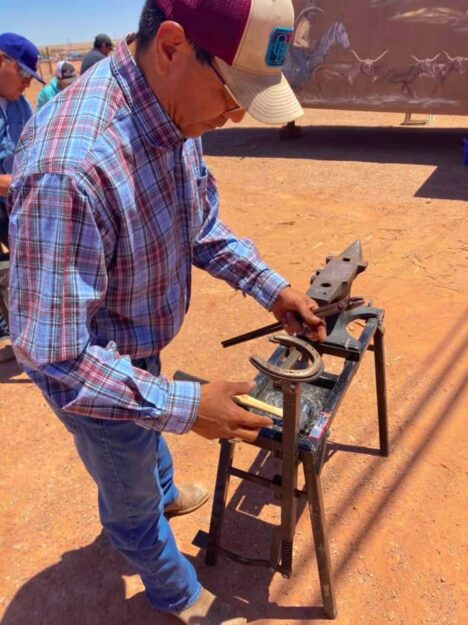 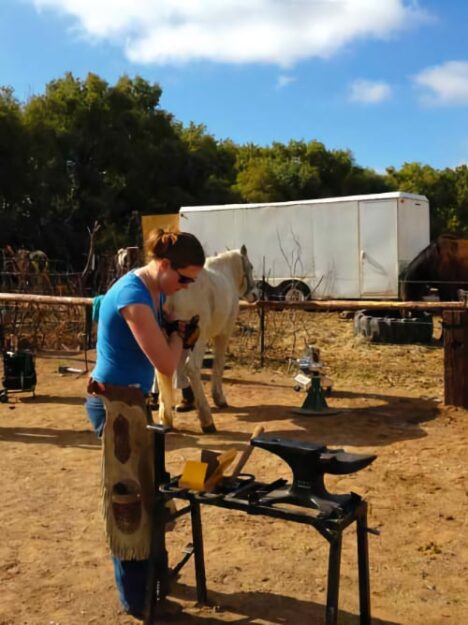 Work or pleasure horses can have a riding lifespan of 20 years. However, without proper shoeing can suffer from long toes, low heels and split hooves. This renders the horse lame and unusable within two years. Without proper care, various diseases can afflict an otherwise healthy animal. For a rural reservation resident, money and time are wasted, when the horse becomes a burden instead of an asset and helper. More money and time is then spent on replacing the horse, traveling great distances to purchase a new horse, only to repeat the cycle again.

The Native American Horse Education Foundation has designed a program aimed at the reservation horse owner. Our full program for youth and adults covers horse anatomy, corrective and pathological shoeing, horse care and maintenance to positively affect individual and tribal investments, both financially and reliability.  The horse itself benefits though living an active and healthy life. With proper knowledge about horse care, the owners and other tribal members in the Indian community becomes self-sufficient by no longer having to depend on off-reservation quality horseshoers. Travel and time expenses are exchanged for income and the pride of being self-sufficient. Overall, many benefits can be achieved just through the proper knowledge and application of good horse care, especially of the feet and legs. This is what our courses will emphasize and provide instruction in.

Furthering the self-sustaining nature of the American Frontier through:

The most vital part of your horse is his feet. There is an epidemic in the United States of lame horses and we believe it is due to incorrect balancing of the horse’s foot and incorrect shoeing. Our program will give you the essential tools and the training to use those tools properly to ensure you have many great years of work and enjoyment from your horses.

Students promise and commit to passing on information and training received to family members and friends.

For 46 years, George Goode owned and operated The Tucson School of Horseshoeing, earning the distinction of master farrier and a reputation throughout the United States and abroad as a top trainer in horse anatomy and physiology. He has been recognized by The Brotherhood of Working Farriers Association for his expertise in blacksmithing; equine nutrition and the numerous specialized shoeing techniques involved with the continuing care of horses’ hooves, feet and legs.

In his many years, Mr. Goode has had the privilege of working with and training individuals representing numerous Native American Nations throughout Arizona and the United States. In addition, George married a member of the Tohono O’odham Nation and reared his four children on the reservation in Tucson, Arizona. George has knows firsthand the vital role of horses in Native American life. During his time, he learned that most Native Americans had not been trained as farriers.

He came to understand the extent of preventable health problems among horses caused by tribal members lack of farrier education. For these reasons, he founded the Native American Horse Education Foundation (NAHEF), as a federally authorized 501 (c) 3 non-profit, dedicated to improving the lives of Native Americans and the welfare of their horses.

For more than 40 years, NAHEF has been Mr. Goode’s dream.  He always knew that when time allowed, he would create an organization that focused on the needs he encountered first-hand throughout his professional career. In 2006, his vision became reality when Mr. Goode founded the NAHEF.

Unfortunately, not long after Mr. Goode filled all the necessary paperwork, tragedy struck his family. Starting in 2006, Mr. Goode lost all three of his sons, and then his wife of 40 years was diagnosed with Alzheimer’s. George became her primary caregiver.  This filled his life, but he never forgot his dream. The passion to help Native Americans care for a horse never died. He knew proper horse care was critical to Native culture and livelihood. The dream of the Native American Horse Education Foundation has never lost, and he eventually sold The Tucson School of Horseshoeing, so he could devote his time to NAHEF.

Now, it is with pride, honor and enthusiasm that Mr. Goode is energetically developing and improving courses and programs for NAHEF.  The foundation is always seeking donations and grants to sustain and grow this program. Mr. Goode and NAHEF thank you deeply for your interest in this dream and look forward to bringing many years of equine education to the Native American population throughout the United States.